A Winchester man was arrested following the investigation into a homicide that occurred on May 6, 2022. At approximately 1:32 a.m. Winchester Police Department (WPD) officers responded to the 1800 block of Henry Avenue for a fight. As officers were approaching the scene, 911 calls were received advising a male had been shot. The male, identified as Nathaniel Jones, 37, of Winchester was pronounced deceased at the scene.

An investigation immediately originated by WPD Criminal Investigations Division, with the assistance of the Medical Examiner’s Office. WPD Criminal Investigations obtained a search warrant for the suspect’s residence in the 1800 block of Henry Avenue and seized a handgun. The victim and suspect were acquaintances and this was an isolated incident between those individuals. As a result, Jessie Nathaniel Simms, 32, of Winchester was charged with Second Degree Murder and transported to the Northwestern Regional Adult Detention Center where he was held without bond.

Anyone with information on this investigation is asked to contact Detective Bansal with the Criminal Investigations Division at 540-545-4704, or anonymously use the P3 tip app or by calling 540-665-TIPS. 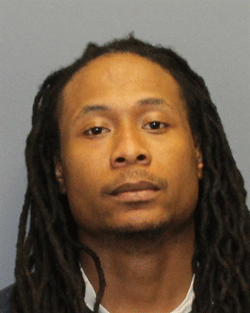