Winchester Police Chief John Piper is pleased to announce the promotion of Captain Amanda Behan to the rank of Deputy Chief of Police.

Deputy Chief Behan began her law enforcement career with the Winchester Police Department (WPD) in 2001. Before taking her first leadership role in 2007 as a Sergeant, Behan’s assignments included being a patrol officer and a detective for the Northwest Regional Drug Task Force and General Investigations Unit. In December 2009, she was promoted to Lieutenant and served in the Administration Division, Patrol Division, and Office of Professional Standards. As Lieutenant of the Office of Professional Standards, she focused on the Department’s community outreach programs, policy re-development, media relations, recruitment, hiring, accreditation, and internal investigations.

As part of a Department reorganization, Deputy Chief Behan will be assigned as the Deputy Chief of Police for Operations, overseeing the Patrol Division, Criminal Investigations Division, Crime Analysis Program, and other specialized Departmental functions that include the School Resource Officers, Special Weapons and Tactics Team, Civil Disturbance Unit, and the K9 Program.

Deputy Chief Behan is most proud of her role as a wife and mother to a 16-year-old son and 11-year-old daughter. She is an active community member and volunteers in many capacities, including as a coach for Frederick County Parks and Recreation. Deputy Chief Behan’s education includes an Associate in Applied Science Degree in Paralegal Studies and a Bachelor of Science Degree in Criminal Justice with a concentration in Business Management. She will graduate this spring with a Master of Arts Degree in Executive Leadership. 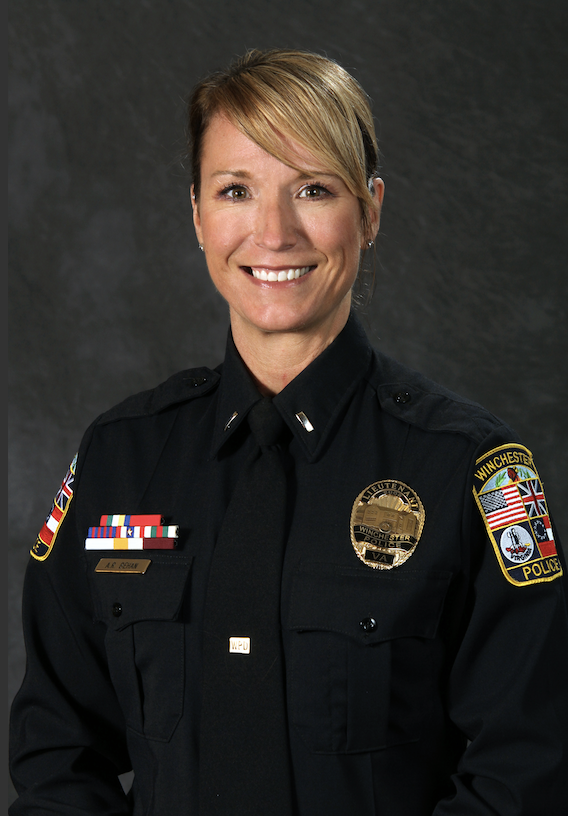