Winchester Police announces the addition of a therapy canine

The Winchester Police Department (WPD) is pleased to announce the addition of a therapy canine to its Special Victims program thanks to a gracious donation received through the Frederick County/Winchester Law Enforcement Foundation.  The idea for a therapy canine was as a result of a particularly difficult day Special Victims Detective Mala Bansal had with a child victim.  On that same day, the Criminal Investigations Division received a visit from WPD K-9 Raff, and the mood in the office was immediately transformed.  Deputy Chief Amanda Behan led the efforts for the proposal and its justification, which was strongly supported by Chief John Piper and City Manager Dan Hoffman.

In 2020, the WPD received over 200 referrals of allegations of child neglect and abuse, with 40 of them being founded complaints of child abuse, neglect, sexual assault, and contributing investigations.  For these victims, a therapy canine has the ability to provide interaction that will reduce anxiety, increase communication efforts between the child and police, and provide comfort during times of crisis.  The program will expand into community outreach events, be deployed to comfort individuals or groups that have been impacted by violence or traumatic events, and to support WPD personnel during times of crisis.

On June 8, 2021, Blackjax Labradors, a local breeder, will turn over an eight week old male yellow Labrador to WPD Detective Bansal.  He will undergo initial behavioral training and then more intensive training at six months through Creature Comfort Inn in Strasburg, Virginia.  The WPD will use social media to help finalize his name. 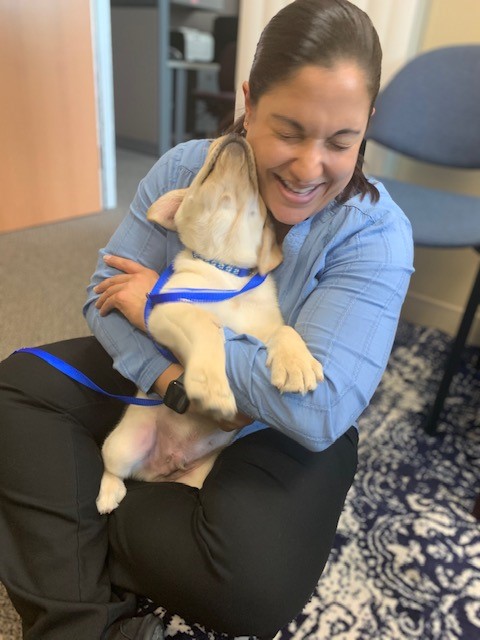