In November 2018, the Winchester Police Department (WPD) launched its awareness campaign titled “Combat the Cat – Lock it Tight or Risk the Swipe!” in order to educate residents about the risks of leaving vehicles unlocked and unattended.

So far, the WPD’s campaign efforts have included web graphics, videos, and approximately 30 yard signs that were placed in high-traffic retail areas during the holiday shopping season. On January 8, officers moved the signs to residential areas.

“We are thrilled to see a decrease in calls regarding thefts from motor vehicles during the first two months of the campaign,” stated Lt. Amanda Behan. “We plan to continue with the campaign and are anxious to see the results over the next year.” 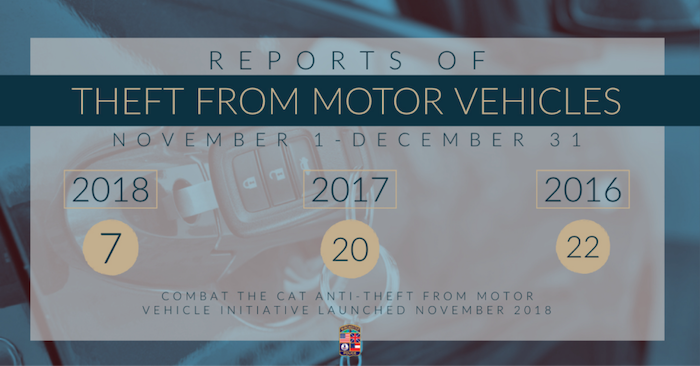